Today, many businesses rely on the internet for brand exposure. As such, there is a lot of content that, largely, overwhelms the target audience. Knowing how to get website traffic involves many things, but the click-through-rate (CTR) is the most significant.

Number of No-Click Searches is High

Oftentimes, websites rely on SEO optimization and other tricks to get favorable website traffic through searches. A website that appears on the first page after a search has higher traffic than those on the second page and others that follow. What happens, however, when your page appears on the first page and ranks first or second but generates no clicks? Well, there is a rising trend where there are no clicks after searches. According to SparkToro, 50.33% of searches on Google in June 2019 produced no clicks. Interestingly, this represents the peak of a trend that became significant in 2016. Evidently, the upward trajectory is unlikely to reverse anytime soon. Sure, this should worry everyone because it means the time has come for new tricks. Below, we share some tips for adaptation.

Increase Visibility by Optimizing on All Google Entities

Google is learning what visitors need when they punch those keywords in the search box. Unfortunately, this means that some pages might find themselves completely sidelined from search results. As such, you need a way to beat the search engine by escalating your visibility across the Google ecosystem. Oftentimes, page ranking on Google is not always about SEO and the concentration of keywords. Instead, visibility across all Google properties has an advantage. This visibility enables Google users to access your brand without friction, which results in increased CTR.

Serious entrepreneurs will go to any lengths to ensure that they get what they want. Usually, this includes budget haircuts in other operations to enhance units that lag behind. A paid search appears in the form of an ad at the very top or extreme of the bottom of the search results page. Google places the ads strategically depending on the amount you are willing to pay. There are numerous options available to you in terms of ensuring that your page gets the clicks you desire. However, these do not substitute for the fact that content is king. Always ensure that you churn out high-quality content that is a product of intensive research.

Fix your name can help you and your business efficiently. 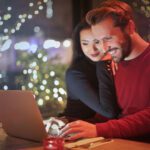